Thanks to Trish for participating in the challenge! 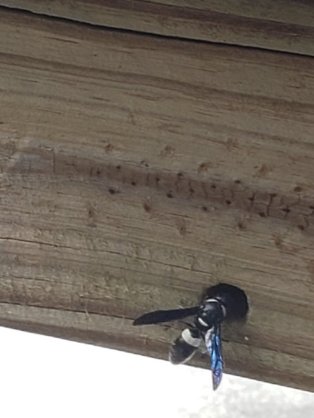 I think they’re called paper wasps
In general, they’re a friendly lot
I’ve always thought if I ignore them
They won’t attack, and we’ll be friends

But then …
One day, I was relaxed, just standing at the door
And felt a stab, the pain expanding
I bounced around, screeching; crying

The plumber who was doing a job
Came running as he heard me sob
And as he tried to calm me down
His buddy yelled ‘I’ve been stung!’

He swore, I moaned, we jumped around
We tried to grab at spots that hurt
The plumber’s mate, just stood and grinned
I yelled at him “Check under my shirt!”
(I was half undressed, by this point)

In my urgent need to be rescued
I’d…