A Unique Title For Me 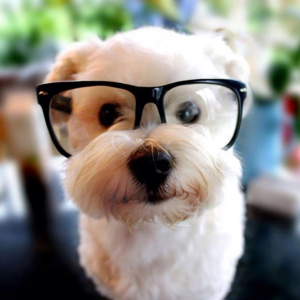 It is hard enough to believe in a talking dog, but a canine that created his own time machine just so that he could give his adopted 7-year-old human son Sherman a firsthand look into history, is nearly impossible.  I guess it becomes a bit more believable if you take into account that Hector J. Peabody is the most accomplished canine in the world, a Nobel Prize-winning scientist, a world-renowned explorer, and an Olympic gold medalist in the long jump and the decathlon, but in reality, he is just an anthropomorphic cartoon that lives in a penthouse in New York City.  Peabody and Sherman go on time traveling adventures together in the WABAC machine, sort of like Bill and Ted did in their most excellent adventures, but without getting stoned.

One thought on “Mr. Peabody”